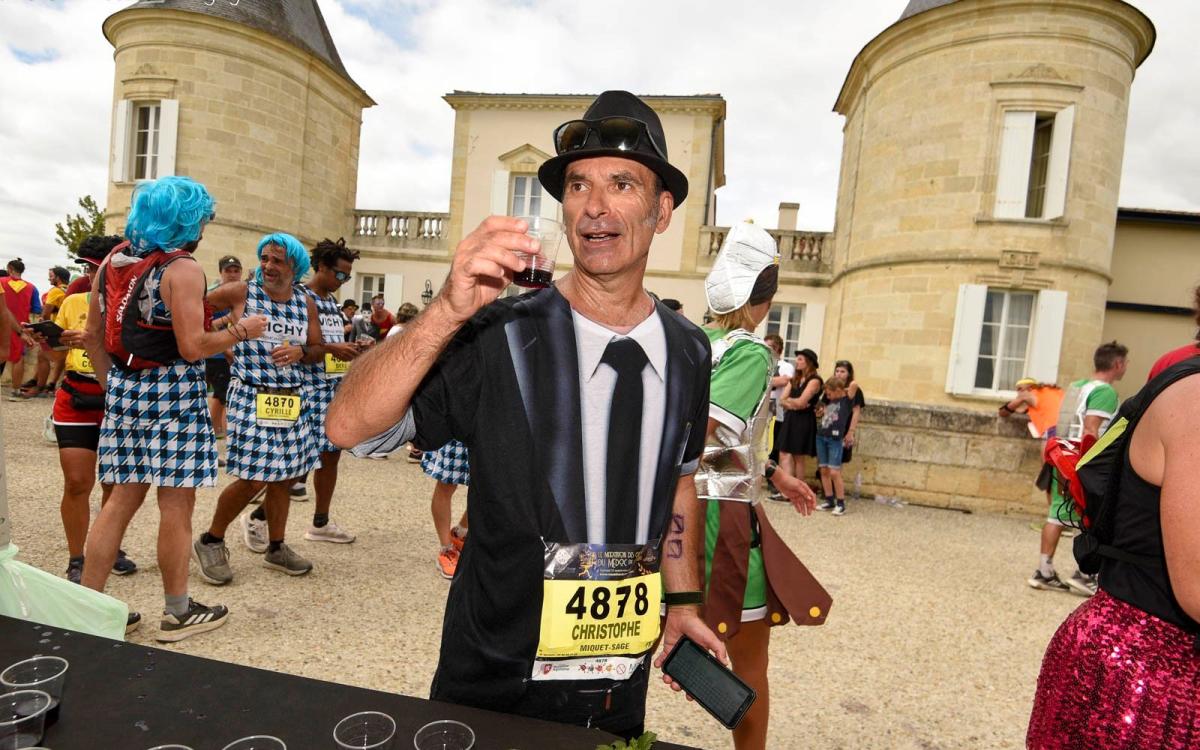 The first marathon runner, the ancient Greek Pheidippides, ran 26 miles to Athens to bring news of victory against the Persians, promptly dropping dead on arrival. By all accounts, he was sober. So it was with some trepidation that I put my name down for the Marathon des Châteaux du Médoc, a long-distance event in southwestern France that takes an unorthodox approach to hydration.

In lieu of energy drinks and energy bars, participants are encouraged to sample at least 20 glasses of 30°C claret, while gorging on croissants, cheese, oysters and steak, complete with obligatory costumes. No one has ever died trying the Médoc, but there is always a first time.

Five months later, as I stood at the starting line on a sunny September morning, having failed miserably to lose weight or train properly, it occurred to me that there really are easier ways to have a midlife crisis.

Clowns to my left, Batman and Joker to the right (yes, really), I was stuck in the middle of 22 Wonder Women seriously regretting the carb-laden dinner in nearby Bordeaux the night before. I wasn’t the only one. The streets and cafes of the pretty town of Pauillac, where, until the pandemic, the marathon had taken place every September since 1985, were packed with participants looking decidedly green around their gills, and not just the stretching inflatable sharks. calves behind us.

Some runners were going through Imodium and Alka Seltzer, while others had taken a more civilized approach: a family of German Flintstones sitting in a roadside cafe washed down their hearty breakfast with pints of beer. By 8:30am they had ordered a second round.

The atmosphere was lively, a band was playing, people were dancing and the carnival atmosphere was enhanced by trapeze artists hanging from a crane above us and fireworks lighting up the river path, although this had to do with the theme of this year, “Medoc at the Movies” was an unknown quantity. No one seemed to take themselves or the event itself too seriously.

The race is as much a celebration of the region’s fine wines and local delicacies as it is a sporting event. Many of the 8,000 entrants may have been seasoned marathon runners (not me; until a month earlier, the furthest I’d ever run was 10K), but they weren’t there to break their personal best, with tasting stops every two miles. what the heck would be the point?

As the host started the countdown, most of the runners seemed to have forgotten that it was a race and not a street party. Then suddenly, to the shouts of “Allez! Allez! Allez!” we were out slow at first, dodging the thong-clad furry Smurfs, then picking up our pace as we headed out of town.

Soon we find ourselves among the vines. The marathon course winds in a figure eight, heading south from Pauillac, returning halfway, then turning north before ending right where it started. Along the way, you pass many of Bordeaux’s best wineries, including well-known brands like Château Lafite-Rothschild and Château Montrose.

The route was full of supporters; kids dressing up as superheroes, locals spraying hallways with garden hoses, and families crashing into picnics, cheering us on with chants of, “Cheer up!”

Veteran Médocer Val, who wore a half-pint glass of beaker on a ribbon around her neck “to avoid having to go back for more,” recommended that given the marathon’s six-and-a-half-hour cut-off point (watched by a ” Sweeper Cart” packed with brooms and, for some unknown reason, pushed around by clowns in top hats), we should take our time.

If we were to aim to complete the course in exactly 6 hours and 29 minutes, we could wine taste at all 20 châteaux along the way and still reach the finish line fast enough to receive a medal. You couldn’t walk, but the step shouldn’t be too strenuous, he said.

It had started so well. We were brimming with confidence after arriving at the immaculate gardens and fairytale towers of Château Pichon-Longueville Comtesse de Lalande three miles after the race, well ahead of time, despite tasting wine, pain au chocolat and various handfuls of crackers with cheese in the first section. of road. Seven miles later, we were more than a little tipsy and completely unfazed when an elderly Bride of Dracula and a six-foot pirate ship caught up with us.

The plan began to unravel at the majestic Château Larose-Trintaudon. Lagging us to take turns drinking directly from a wooden wine barrel tap, the honking of a bicycle comedy jolted us out of our complacency: the dreaded Sweeper Cart had caught up with us. We fled in a panic through the doors and collided with a drunken T-rex.

The next 10 miles was more of a grab and go affair than a leisurely wine tasting experience. Three of our number had to end the day halfway. By then the blistering heat had started to take its toll and our polyester suits were chafing. David had to stop repeatedly to dry his huge fake tits on the vines. The pathways were littered with discarded gladiator shirts, wigs, beards, and shields. Half of the male participants were now running in pants.

“He’s more of a bum than Baywatch,” Rebecca shuddered, as a group of Frenchmen dressed in red speedometers zigzagged past. A runaway bride collapsed. Lots of people were vomiting. And some simply disappeared into the vineyards, never to return. At Château Lafite Rothchild, six hairy Marilyn Monroes and the entire Jamaican bobsleigh team stripped down and jumped into the lake.

But joining them was not an option. With the Sweeper hot on our heels, there was little time to take in the spectacular scenery, dance with the bands or pose with feather boas on the red carpet at Châteaux Haut-Marbuzet. I began to doubt if I would reach the goal. Running past, a German Dalmatian kindly informed me that my exhaustion was all in my head. I was more concerned with the huge blisters on my feet.

Then at last we turned a corner and the magnificent Château Montrose came into view, framed by the brilliant blue waters of the Gironde estuary. The final four-mile stretch along the water passed in a glorious blur of music, oysters, white wine, and entrecote (served straight into my palm by an insistent pantsless Smurf).

But it was the glucose burst from the sundaes that carried us, limping, across the finish line. And finally, the world’s drunkest, craziest marathon was over.

And the prize for not dropping dead on arrival? A souvenir bottle of wine. 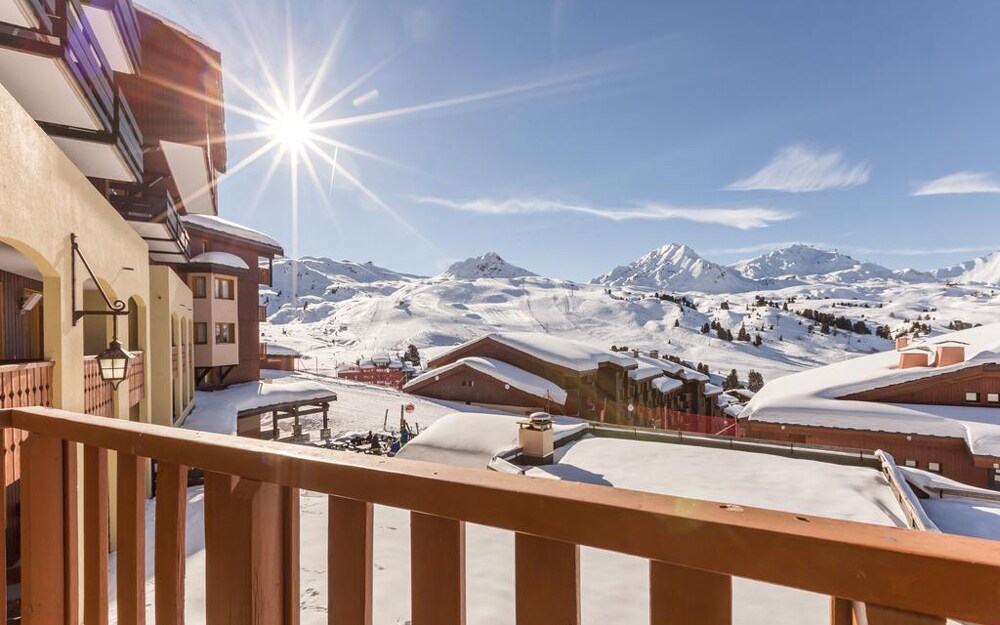 The best accommodation in La Plagne 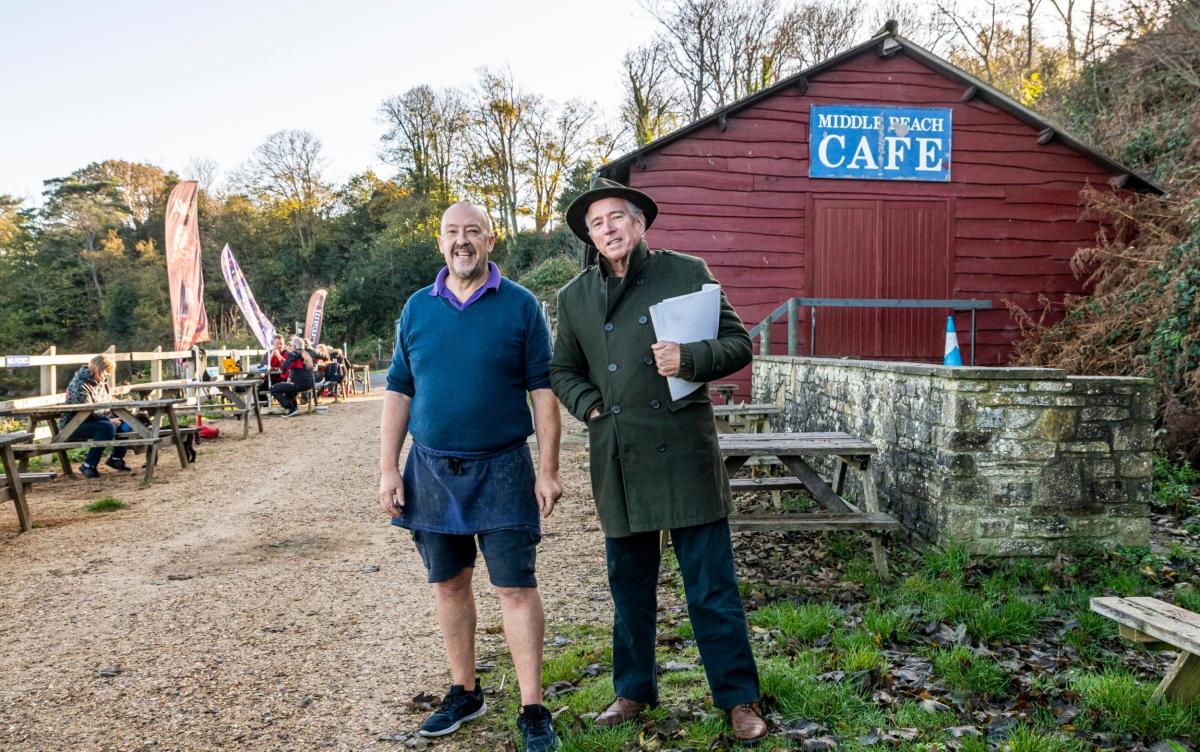 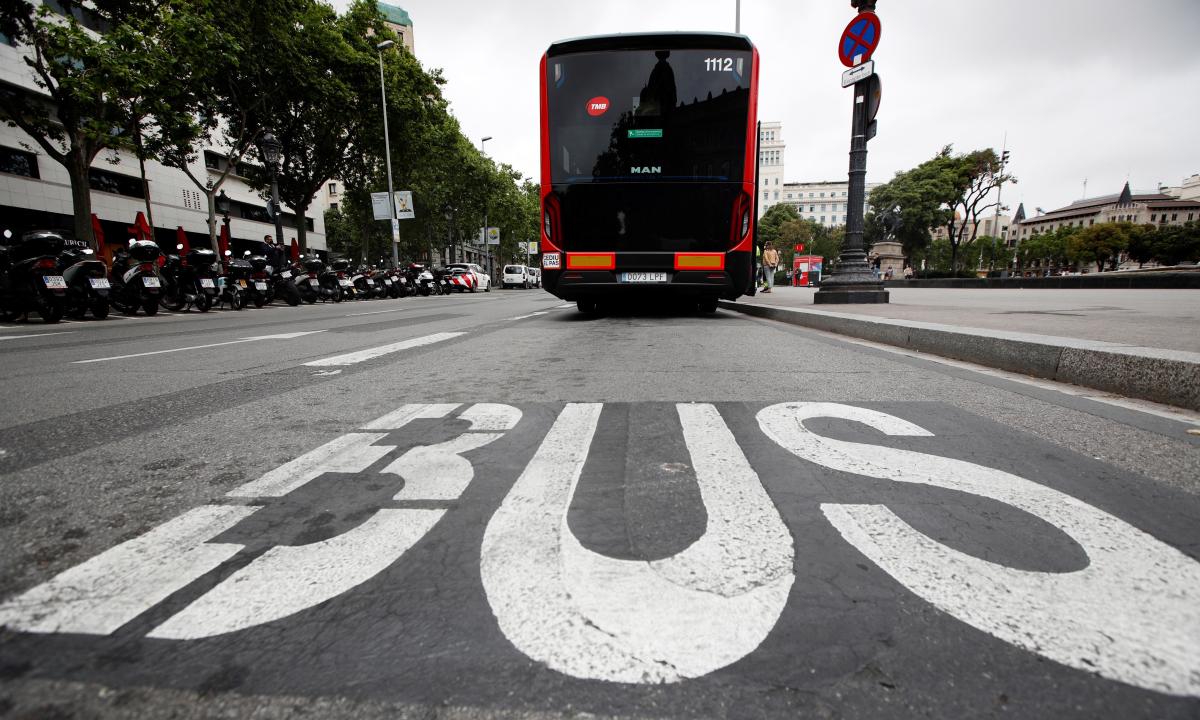