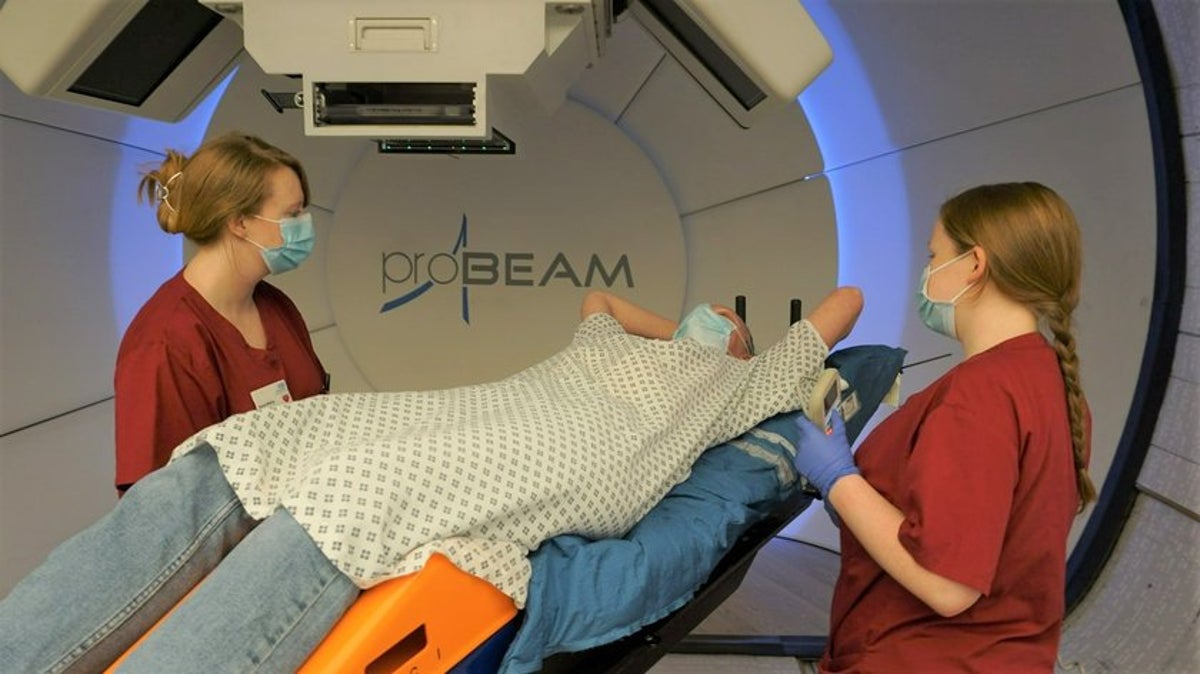 Proton beam therapy has been used to treat breast cancer patients, in a first global NHS trial to determine its promise as an alternative to radiotherapy.

Standard radiotherapy is highly effective and provides few side effects for most of the 30,000 breast cancer patients who receive the treatment each year, according to Professor Charlotte Coles, a consultant in oncology at Addenbrooke’s Hospital.

But for a small minority of about 500 patients each year, radiation therapy can pose at least a 2 percent or more potential lifetime risk of heart problems, occurring in less than 1 percent of recipients.

This group will be offered to take part in Parable, the new NHS trial led by Professor Coles, involving 192 patients at 22 UK sites, to establish whether proton beam therapy might be a “better option”.

Proton beam therapy uses charged particles instead of X-rays to target tumors more precisely, and researchers hope it will allow doctors to deliver the required dose of radiation therapy where it’s needed while minimizing radiation that is delivered to the heart and without increasing the risk of early side effects such as reddening of the skin and changes in the appearance of the breasts.

It is currently only available to NHS cancer patients at two centers in London and Manchester and is significantly more expensive than standard radiotherapy. Mainly used to treat children with brain tumors, there have so far been no large trials for breast cancer patients.

Trial enrollees will receive standard radiation therapy or proton beam therapy, and will record their experiences using questionnaires so researchers can assess side effects, including skin reactions, breast pain, and swelling.

The trial will measure the dose of radiation delivered to the heart as an early predictor of potential heart problems, to avoid the need for long follow-ups over many years before results are available.

“Using this early predictor will allow us to discover the potential benefits of using proton beam therapy for long-term heart health in years rather than decades,” said Professor Judith Bliss, from the Institute for Cancer Research. .

One of the first recruits is Kim Jones, a 44-year-old from Ely in Cambridgeshire, who was diagnosed with cancer last February after noticing thickened skin and painful throbbing across her chest.

Having received chemotherapy, a mastectomy and lymph node removal at Addenbrooke’s, Ms Jones was accepted into the Parable trial and started proton beam therapy at The Christie NHS Foundation Trust in Manchester on 24 October.

“When I was told that I had been accepted into the trial, I felt very lucky to have the opportunity to receive this treatment,” Kim said. “Clinical trials are incredibly important as they are the best way to test which treatments work best.”

The risk of radiation therapy causing heart problems in later life is very small and is usually because patients’ breast tissue and lymph nodes are located close to the heart, or because they already have an increased underlying risk of developing heart problems.

However, the average radiation therapy dose the heart is likely to receive can be estimated and, along with age and other medical history, this information is used to predict the small potential lifetime risk of heart problems.

Professor Coles said: “Although only a very small group of people are affected by an increased risk of heart problems later in life, it can still be a serious problem.

“Most patients treated with radiation therapy have decades of healthy lives ahead of them, and we must do everything possible to avoid potential future treatment-related heart problems.” 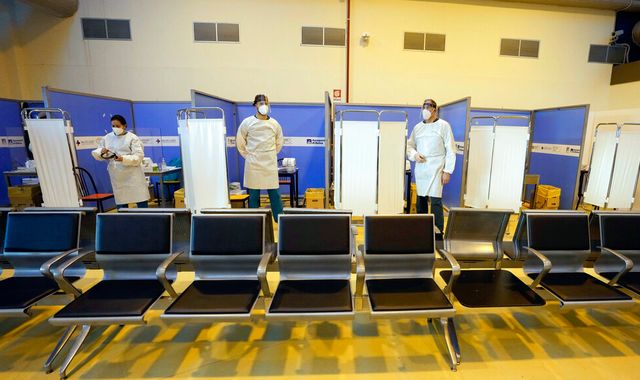 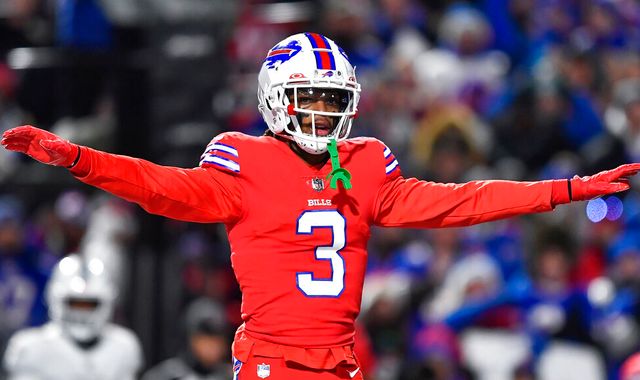 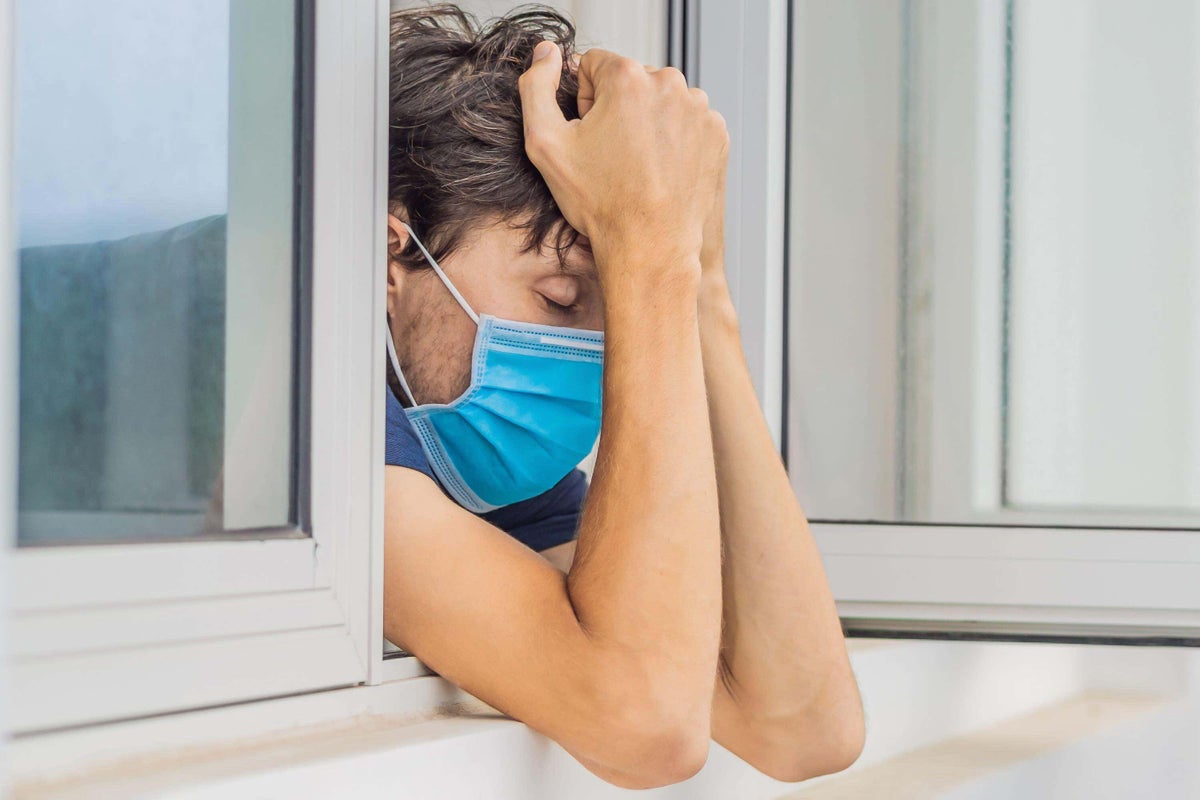