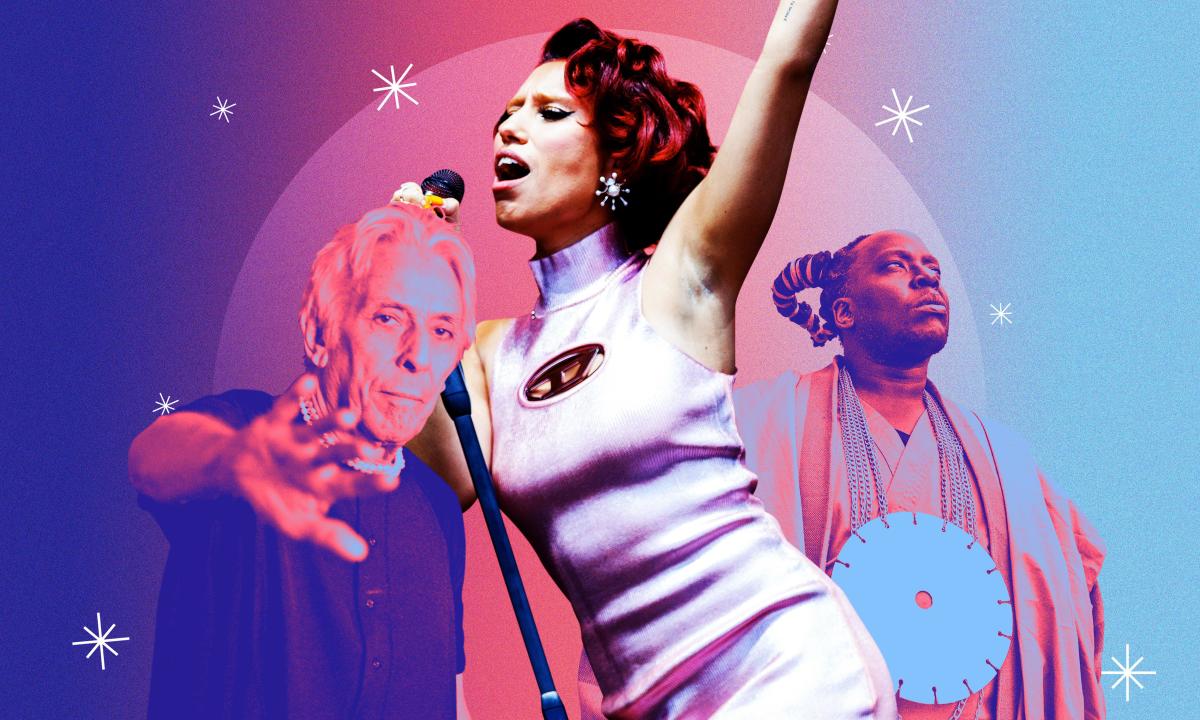 Tor Maries’ follow-up to his acclaimed self-titled debut as Billy Nomates has been followed by a succession of great singles, whose sound ranges from electronica to pop-punk snarl, his eclecticism held together by the sharpness of his writing and the power of his voice.
• January 13th

Låpsley’s latest album Through Water had the misfortune of being released three days before the first UK lockdown was announced. Meanwhile, Låpsley found herself stuck in South Africa, an experience that inspired her follow-up, an album that also features contributions from Jessy Lanza.
• January 20

Has rock music in recent years offered a more unlikely success story than Måneskin, Italian hard rockers with a distinctive touch of glamor to their sound, propelled to huge pop success by their Eurovision win and a cover of four year old Frankie? Valli Beggin’? Her next album, produced by Swedish pop supremo Max Martin, should reveal whether her current state of crazy streaming stats is a novelty or something more enduring.
• January 20

The saga of singer-songwriter Raye’s debut album is a turbulent one: In 2021, she accused her then-label, Polydor, of deliberately withholding its release, and they quickly parted ways. Despite her obvious talent, Raye has thus far found more success as a guest on other artists’ tracks than in her own right – the crisp-sounding teaser singles suggest her debut will change that.
• February 3rd

So far, three tracks have been released from the Young Fathers’ first new album since 2018’s Cocoa Sugar: the slow-building anthem Geronimo, the defiantly bizarre electro-glam stomp of I Saw, and Tell’s virtually beatless electronic bursts. Somebody. All three suggest that the Edinburgh trio’s approach to left-field hip-hop remains as excitingly unpredictable and inventive as ever.
• February 3rd

Paramore – This is why

A return to guitars after the synth-pop textures of 2017’s After Laughter, the pop-punk band’s first album in six years (and the first in their career to feature the same lineup as its predecessor) took Bloc Party as his “number one”. reference”, although there is definitely a touch of Foals in the sonic mix as well.
• Feb. 10

Yo La Tengo – This stupid world

Related: Paramore: “We realized that this band is not worth risking our health for”

A sharp left turn from the ambient instrumentals of predecessor We Have Amnesia Sometimes (an album recorded while adhering to social distancing protocols), This Stupid World is heralded as “the most live-sounding album in years” by New York’s indie perennials. Single Fallout sounded as warm and smart as ever.
• Feb. 10

The L.A. jazz experimenter’s torrential release schedule (he released three albums and a live EP in 2022) continues apace with a selection of radically rearranged interpretations of late-’90s and early-’00s R&B tracks. Ginuwine, Beyoncé, Aaliyah, and SWV are among those whose work transforms into a suitably abstract flow of intriguing weirdness.
• February 24th

Over the course of a long string of singles and EPs, Lacey has become one of the UK’s most distinctive singer-songwriters. On her debut album, two years in the making, her sound encompasses jazz, drum’n’bass, reggae, soul and funk, all as distorted as one would expect given the presence of Invisible’s Dave Okumu in the front seat. producer.
• March 3rd

The sound of hyperpop duo 100 Gecs can be divisive: you either find their attention-deficit sugar rush of loud guitars, computer noises, heavily auto-tuned pop melodies hugely original and of the moment or irritating beyond belief, but their debut in 2019 it topped many critics’ best-of lists and its sequel is eagerly awaited.
• March 17

The return of Eddie Chacón, once one half of ’90s hitmakers Charles & Eddie, to music after 20 years is one of the most unexpected stories of recent years, not least because he has pursued a fascinating and defiant brand of modern soul ever since. resuming business, as evidenced by the recent single Holy Hell.
• Spring

everything but the girl

Everything But the Girl’s first album in 24 years was quietly announced on social media in November. What it will sound like remains a mystery, but if the unerring quality of Tracey Thorn and Ben Watt’s solo albums in recent years is anything to go by, it should be special.

Inspired by a visit to the Mogao Caves near Dunhuang in western China, Tan Dun’s massive choral work uses Bach’s passion form and Sanskrit and Chinese texts to present the founding legends of Buddhism. The composer conducts the UK premiere with six soloists and the London Philharmonic Choir and Orchestra.
• Royal Festival Hall, London, January 22

The London Sinfonietta presents its memorial to the great British composer, who died in April 2022. Directed by Martyn Brabbins, it will include works from all phases of Birtwistle’s career, from his first commission for the Sinfonietta, Verses for Ensembles from 1969, to the last, In Broken Images, released in 2011.
• Queen Elizabeth Hall, London, March 5

The Royal Opera gives the UK premiere of Kaija Saariaho’s latest opera; it is the fifth and the first to have a contemporary setting: at a wedding in present-day Finland. The text, mainly in English but with passages in eight other languages, is by Aleksi Barrière (son of the composer), and the production is directed by Simon Stone and directed by Susanna Malkki.
• Royal Opera House, London, April 17-May 4

Mirga Gražinytė-Tyla completes her one season as Principal Guest Conductor of the City of Birmingham Symphony Orchestra with Mahler’s last masterpiece, left unfinished at his death in 1911. She conducts what has become the standard edition of the score, by musicologist Deryck. Cooke
• Symphony Hall, Birmingham, May 18

Mark Elder has made Elgar’s three great oratorios, The Dream of Gerontius, The Apostles, and The Kingdom, emblematic works of his years as Hallé’s music director. For his last appearances in the 2022-23 season, he directs the three works in eight days; soloists include Michael Spyres, Alice Coote, Sarah Connolly, Ed Lyon, and Roderick Williams.
• Bridgewater Hall, Manchester, June 4, 10 and 11

Dialogues of the Carmelites

Glyndebourne follows up last summer’s double bill of Poulenc’s one-act operas with his only full-length stage work. Barrie Kosky’s staging of Dialogue des Carmélites was originally scheduled for the 2020 season; Robin Ticciati directs and the cast is led by Danielle de Niese as Blanche and Katarina Dalayman as the prioress.
• Glyndebourne Opera House, Lewes, June 10 – July 29

rattle of steps down

At the end of this season, Simon Rattle steps down as Music Director of the London Symphony Orchestra. For his final Barbican concerts, he has chosen Messiaen’s Turangalîla and conducts the mammoth symphony with pianist Peter Donohoe and ondes martenot player Cynthia Miller as soloists, along with a world premiere by Betsy Jolas.
• Barbican, London, June 14 and 15

The Icelandic composer’s music features prominently at this summer’s Aldeburgh festival. The Danish Quartet gives the first performance of a work specially composed for them, based on Schubert’s music Rosamunde, and there are UK premieres of music by Thorvaldsdóttir of the BBC Symphony Orchestra, pianist George Xiaoyuan Fu and a string ensemble made up of quartets that perform at the Festival.
• Various locations, Aldeburgh, June 12-24

The Welsh National Opera closes its season with Leonard Bernstein’s moving version of Voltaire’s satirical novel. The cast is yet to be cast, but Ed Lyon will take the lead role, with Vuvu Mpofu as Cunégonde; James Bonas is directing, with video and animation by Grégoire Pont, and Karen Kamensek is directing.
• Wales Millennium Centre, Cardiff, June 22-24, then tour until July 12 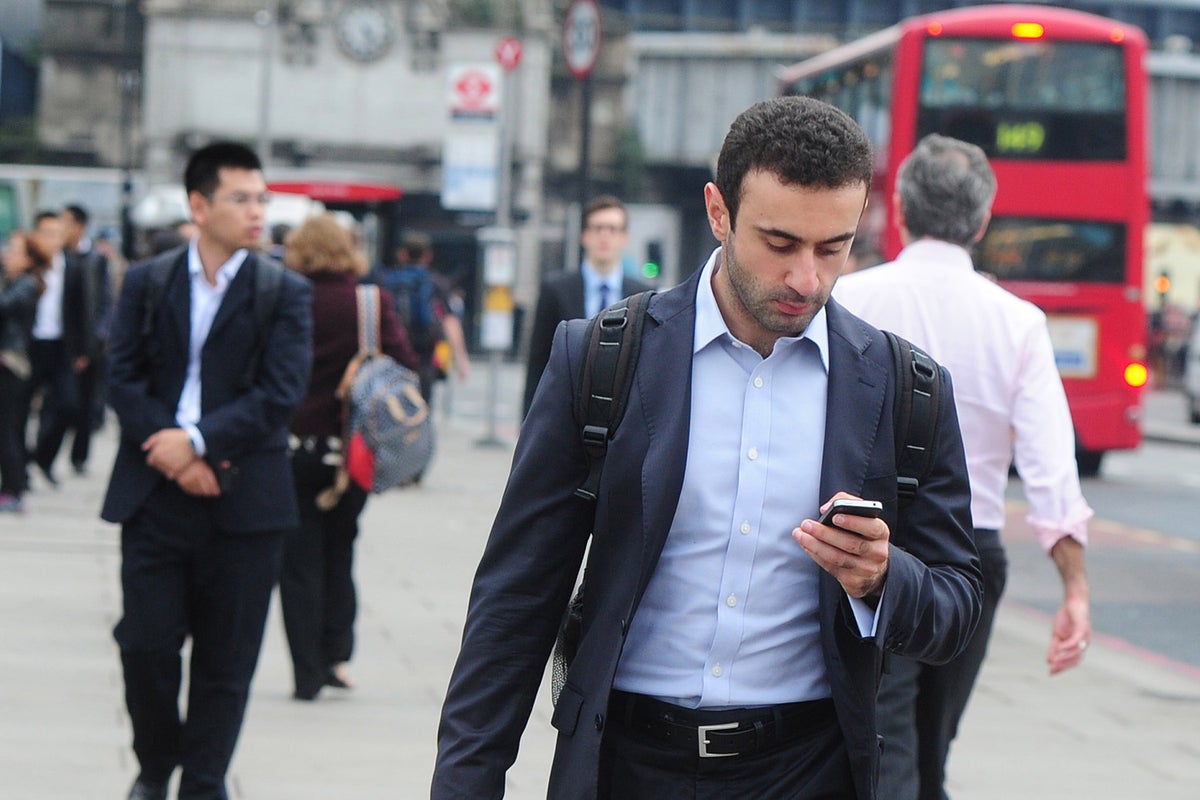 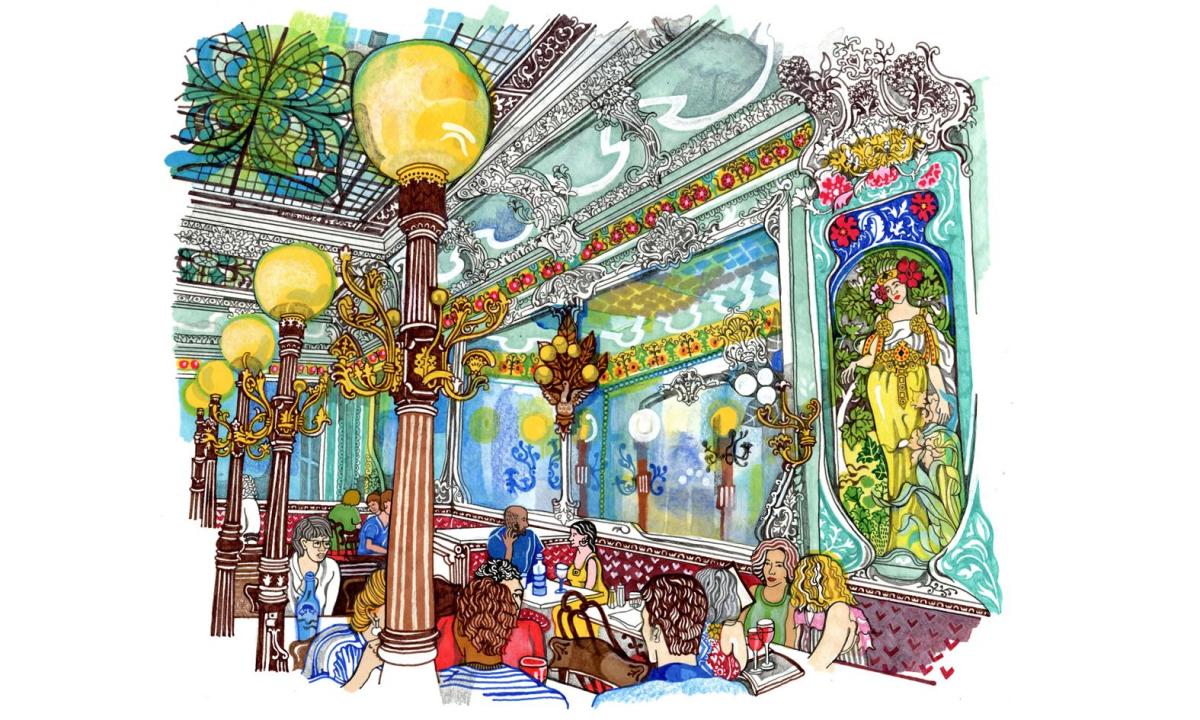 A local guide to flea markets, baguettes, and funky bistros 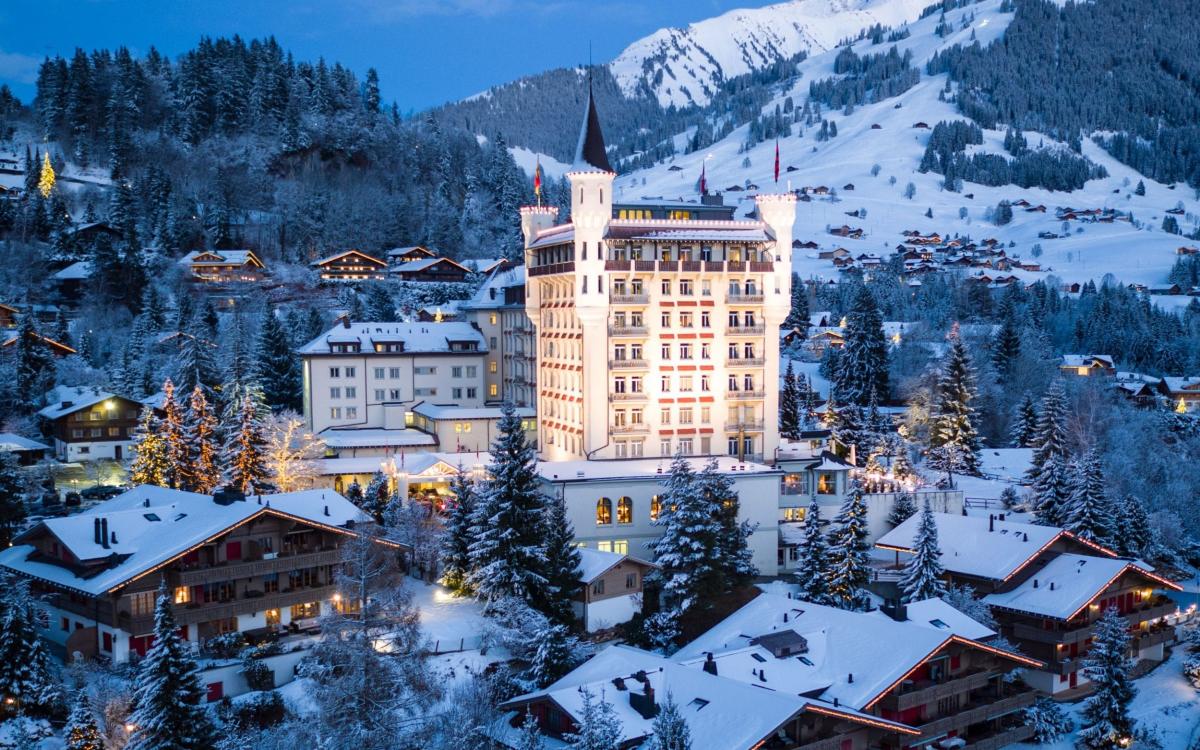