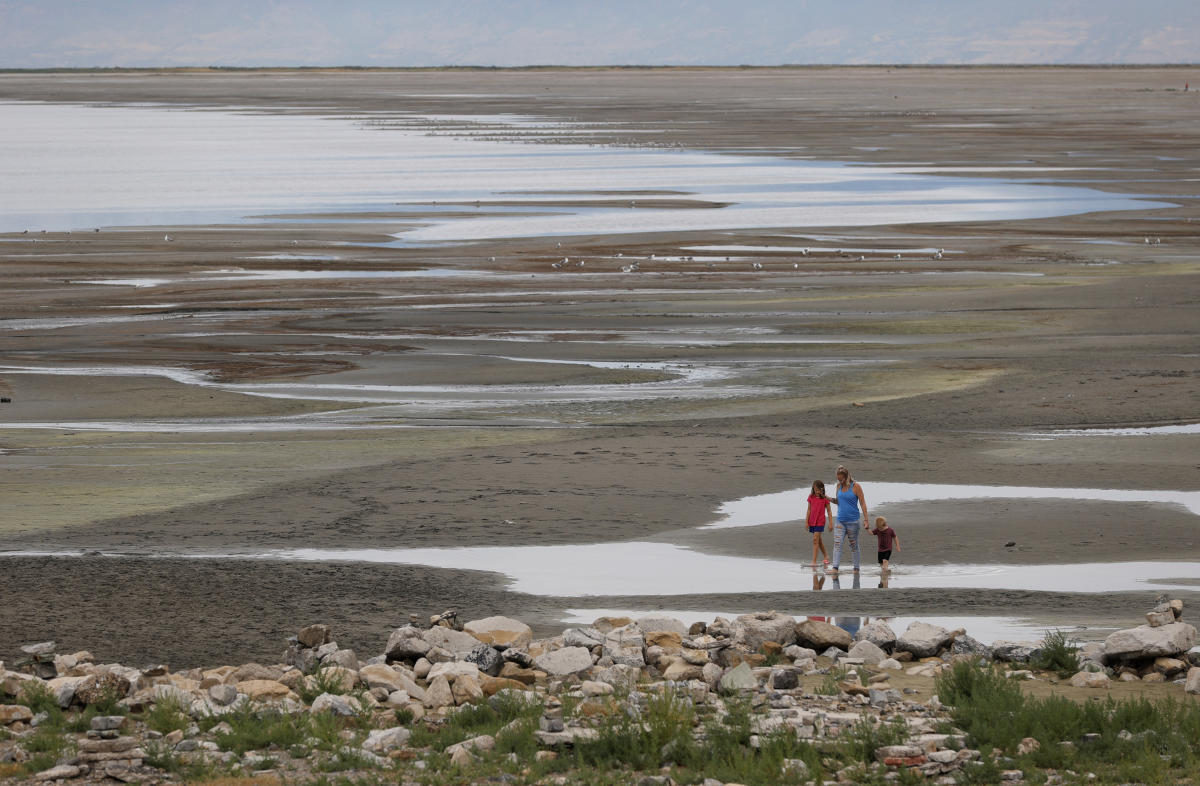 Without drastic cuts in water use, Utah’s Great Salt Lake is on track to disappear within five years, a dire new report warns, endangering ecosystems and exposing millions to toxic dust from the lake bed that is drying up

The report, led by Brigham Young University researchers and released this week, found that unsustainable water use has reduced the lake to just 37 percent of its previous volume. The ongoing mega-drought in the West, a crisis made worse by climate change, has accelerated its decline at much faster rates than scientists had predicted.

But current conservation measures are critically insufficient to replace the roughly 40 billion gallons of water the lake has lost annually since 2020, the scientists said.

The report urges Utah and neighboring states to reduce water use by one-third to one-half, allowing 2.5 million acre-feet of water to flow directly from streams and rivers into the lake over the next two years. Otherwise, he said, the Great Salt Lake is headed for irreversible collapse.

“This is a crisis,” said Ben Abbott, an ecologist at Brigham Young University and lead author of the report. “The ecosystem is on life support, [and] We need to have this emergency intervention to make sure it doesn’t go away.”

Scientists and officials have long recognized that water in the Great Salt Lake Basin is overallocated: more water has been guaranteed to people and businesses than falls in the form of rain and snow each year.

Agriculture accounts for more than 70 percent of the state’s water use, much of which goes to growing hay and alfalfa to feed livestock. Another 9 percent is dedicated to the extraction of minerals. Cities use another 9 percent to run power plants and water lawns.

There are so many claims on the state’s rivers and streams that by the time they reach the Great Salt Lake, very little water remains.

In the past three years, the report says, the lake has received less than a third of its normal flow because so much water has been diverted for other purposes. In 2022, its surface sank to an all-time low, 10 feet below what is considered a healthy minimum level.

With less fresh water coming in, the lake has become so salty that it’s becoming toxic even to native brine shrimp and the flies that evolved to live there, Abbott said. This, in turn, endangers the 10 million birds that depend on the lake for rest as they migrate across the mainland each year.

The vanishing lake can short circuit the weather system that circulates rain and snow from the lake to the mountains and back, starving Utah’s famous ski slopes. It threatens a multi-billion dollar industry that extracts magnesium, lithium and other critical minerals from brine.

It has also exposed more than 800 square miles of sediment laced with arsenic, mercury and other dangerous substances, which can be blown by the wind and carried into the lungs of some 2.5 million people who live near the lake’s shores.

“Dust nanoparticles have the potential to cause just as much damage coming from a dry lake bed as they do from a tailpipe or chimney,” said Brian Moench, president of the Utah Physicians for a Healthy Environment. He called the shrinking of the lake a “bona fide, documented and unquestioned health hazard.”

Dry saline lakes are hot spots for dangerous air pollution. Nearly a century after Southern California’s Owens Lake was drained to provide water for Los Angeles County in the 1920s, it was still the largest source of hazardous dust in the country, according to the US Geological Survey. Pollution has been linked to high rates of asthma, heart and lung disease, and premature death.

Kevin Perry, an atmospheric scientist at the University of Utah who studies receding lake pollution, said about 90 percent of the lake bed is protected by a thin layer of salt that prevents dust from escaping. But the longer the lake stays dry, the more the crust will erode, exposing more dangerous sediments to the air.

“You see this wall of dust coming out of the lake and reducing horizontal visibility to sometimes less than a mile,” Perry said. The impact might only last a couple of hours at a time, she said, but the consequences can be profound.

Perry and other researchers have mapped the location and elevation of dust hot spots, he said, and the results show the problem is unlikely to abate any time soon. The lake would have to rise about 14 feet to cover 80 percent of current hot spots, Perry said, or about 10 feet to submerge half of them.

Even researchers have been surprised by the rapid rate of decline of the Great Salt Lake, Abbott said. Most scientific models projected that the drawdown would decrease as the lake got smaller and saltier, since saltwater evaporates less easily than freshwater.

But human-caused climate change, driven primarily by the burning of fossil fuels, has increased average temperatures in northern Utah by about 4 degrees Fahrenheit since the early 20th century and made the region more prone to drought. , according to the report. Studies suggest that this warming accounts for about 9 percent of the decline in water flows into the lake. Satellite surveys also show significant declines in groundwater below the lake, as the ongoing drought depletes the region’s aquifers.

If humans weren’t using so much water, the lake could withstand these changes in climate, Abbott said. But the combined pressure of drought and overconsumption is proving to be more than he can bear.

Candice Hasenyager, director of the Utah Division of Water Resources, said Utahns are increasingly aware of the urgency of the lake’s decline. Last year, the Utah legislature passed numerous bills aimed at conservation, including a $40 million trust intended to help the ailing lake. Governor Spencer Cox (R) recently proposed another massive infusion of funds for water management and conservation.

“We can’t afford to have a solution,” but curbing demand for water is essential, Hasenyager said. “We live in a desert, in one of the driest states in the nation, and we need to reduce the amount of water we use.”

However, recent efforts have not kept pace with the accelerating crisis. Abbott and his colleagues found that Utah’s new conservation laws increased water flow to the Great Salt Lake by less than 100,000 acre-feet by 2022, a small fraction of the 2.5 million acre-feet increase needed. to bring the lake back to a healthy minimum level.

“Among legislators and decision makers there is still a narrative of ‘let’s put conservation measures in place so that over the next two decades the Great Salt Lake can recover,'” Abbott said. “But we don’t have that time.”

“This is not business as usual,” he added. “This is an emergency rescue plan.”

The new report, prepared by more than 30 scientists from 11 universities, advocacy groups and other research institutions, recommends that Cox authorize emergency discharges from Utah reservoirs to bring the lake to a safe level over the next two years.

This would require a cut of up to 50 percent in the amount of water the state uses each year, requiring investment from federal agencies to local governments, church leaders and community groups.

For decades, Abbott said, officials have prioritized human uses for all the water that flows through the Great Salt Lake basin.

Until last year, the lake itself was not even considered a legitimate recipient of the water that fell on the region. If a farmer chose not to use part of his share, allowing water to flow into the lake and the surrounding ecosystem, he risked losing his water rights in the future.

“We have to move from thinking of nature as a commodity, as a natural resource, to what we have learned in the last 50 years in ecology and what indigenous cultures have always known,” Abbott said. “Humans are dependent on the environment… We have to think, ‘What does the lake need to be healthy?’ and manage our water use with what’s left.

This year’s weather has given Utah an excellent opportunity to, in Abbott’s words, “put the lake first.” After a series of December storms, the state’s snowpack is already at 170 percent of normal January levels. If that snow persists and the precipitation continues through the rest of the winter, it would allow the state to reserve millions of acre-feet of water for the lake without making such drastic cuts in consumption.

“I’m generally optimistic,” said Hasenyager, the director of water resources. “I don’t think we’re past a point of no return, yet.”

In her own words: Pelosi steps back after decades in office 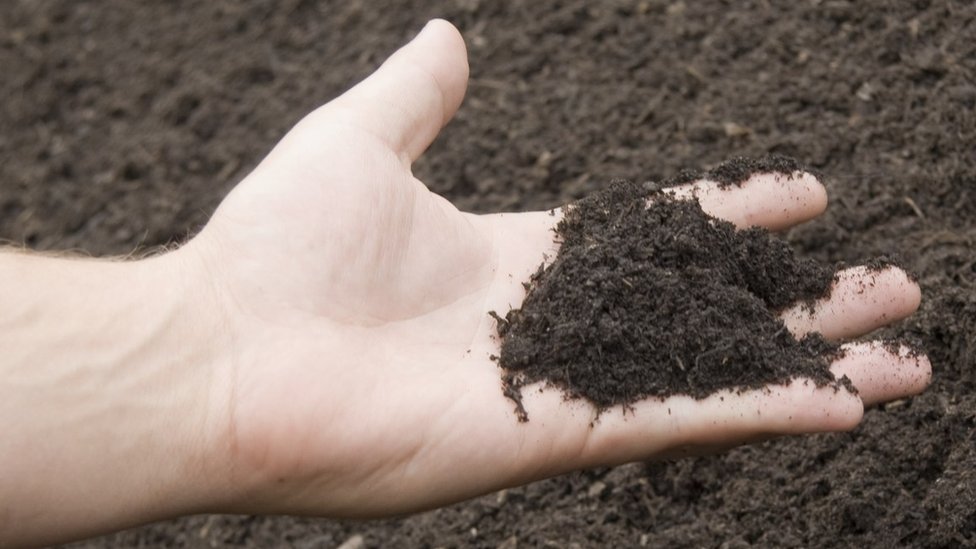 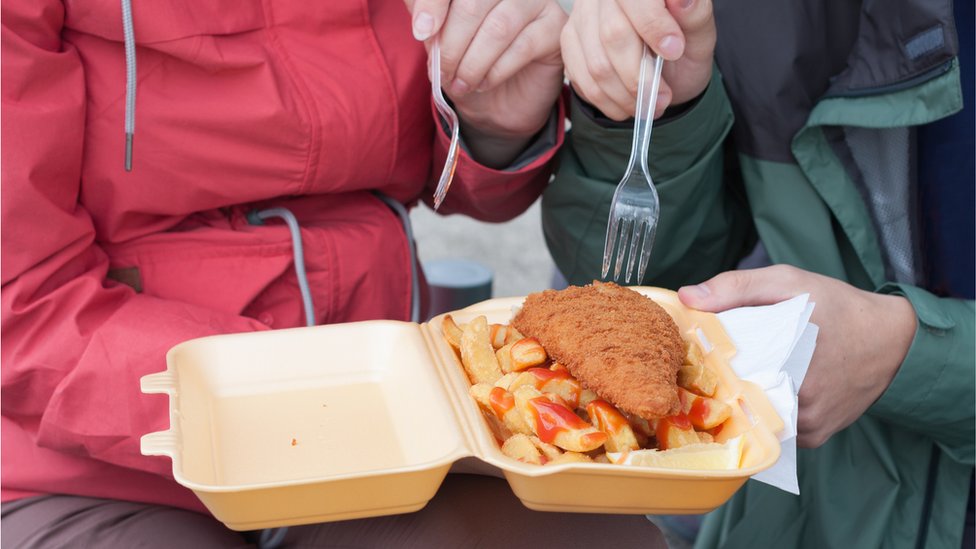 Single-use cutlery and plates will be banned in England 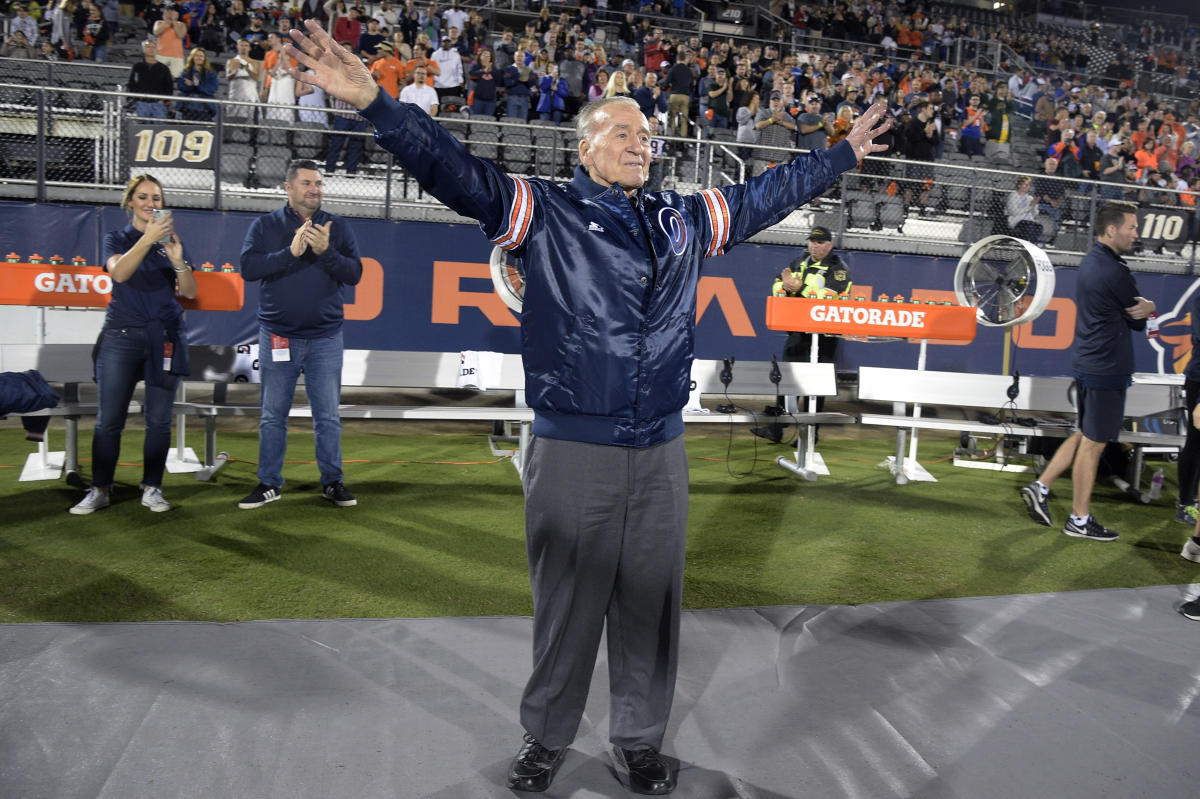